Why I choose (Make) Integromat over Zapier 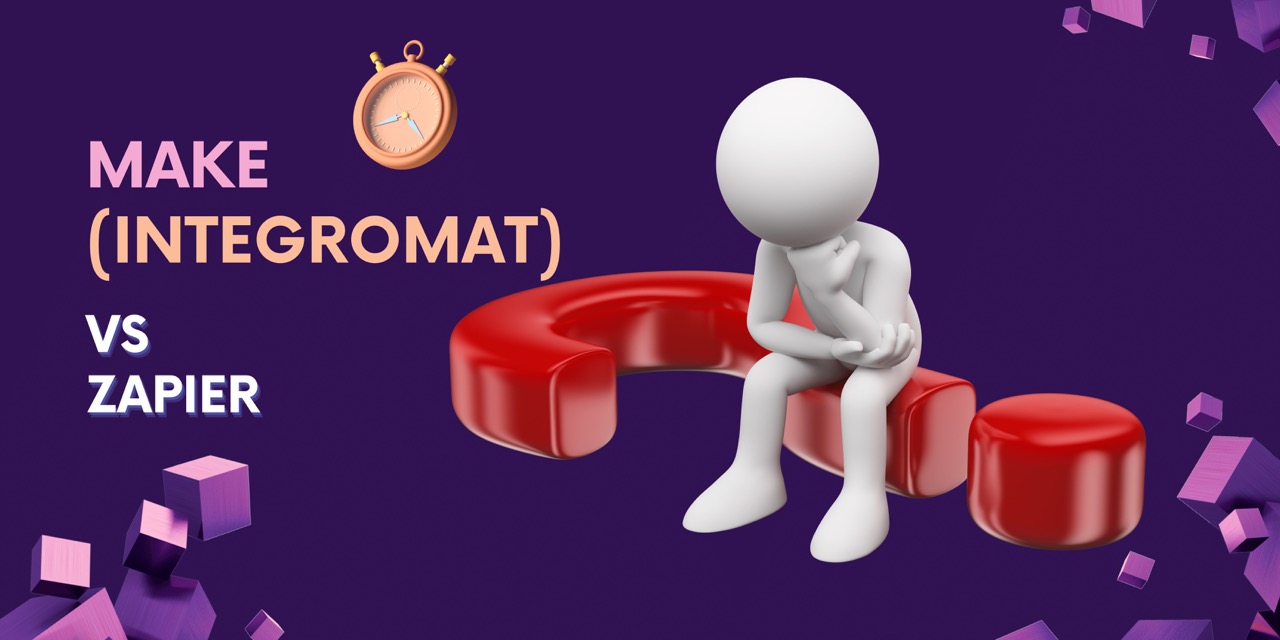 In this article, I’ll be looking at two very similar automation tools, but one is more powerful than the other.
Zapier and Make (Integromat) are two of the best automation tools that let you connect apps, services, and data together. I personally think they are two of the top player in this industry. But which one is better and which one is for you?
I started my automation journey with Zapier as everybody else. Working with multi-million-dollar marketing agencies, I believe that my personal experiences can help you invest in the right platform from the start. I’m a Zapier fan (I’m on board with their mission to help people automate things). However, in this case, I’ve chosen to use Make (Integromat) because Zapier has a minimal feature set compared to Make (Integromat).
Make (Integromat) is a fully customizable, intuitive visual builder and affordable automation solution to build automation workflows without code. It is perfect for the business owner who wants to automate tasks without hiring an engineer. Make (Integromat) is a platform that can be used in any industry. This platform has been used by many enterprise customers — to help automate their business workflow & processes, so there is no better time than now to get started!
If you are not familiar with Make (Integromat), let me explain why I love it so much.
Drag & Drop Interface
Have you ever built something in Zapier, and you want to move the position of your steps for whatever reason? Well, you are out of luck. Zapier is a linear workflow, and to achieve what you want, you will have to delete the previous step and re-add it to the place you want. Then remap the parameters back to the connection. This happened a lot to me when building paths in Zapier, and I can’t move the app inside the paths and move it to other paths or add it to the steps even before the paths start.

Time Scheduling for your scenarios.
In Zapier, on whatever modules you use (except the webhooks), it uses polling to call the server, and it’s a 5-minutes time frame for each call to get the latest results. You don’t really have any control over that. If you want particular automation to run at specific times of the day? Week? or month, you will have to use the Schedule Action. Even with that, you are limited to week, day, month, hour.

What’s so unique about Make (Integromat) is that you can set custom schedules for your module to run at your choice with more flexibility. You have access to schedule in custom date, custom minutes, or run once. With that said, by dragging the scheduling bubble, you can drag and drop it to any modules in your scenario and set it as the first module. Make sure that module doesn’t currently connect to any other module. It will make that module the first module in your scenario. That will give you so much flexibility during your build progress. I can’t count how many times I changed my decision-making during my build in Zapier, and remapping every parameter was not fun at all.

‍Import / Export Scenarios.
I have to say Zapier is really beginner-friendly to use. In Zapier, after you finish your zap, you have the option to share your zap and send the links to others to import the zap. Make (Integromat) can also export the blueprint and share your scenarios with other people to import.

‍Custom formulas & functions.
If you want to create formulas and functions, you will soon realize that you will be very limited in Zapier. Each formula and function you made will be counted as one step as Formatter. Especially for complex math and text operations are very hard to use in Zapier. Integromat has various functions and formulas that you can set inside of the field’s value that you want to map. This will also help you troubleshoot your scenarios way easier than digging through a whole list of steps in Zapier to find where to make the changes. Integromat also has a set of functions for you to work with collections and arrays that Zapier doesn’t have. Working with arrays and collections is one of many features of Make (Integromat).

‍Data Stores
With Make (Integromat), you can create custom data stores (a small database) which you can use to store temporary data. For example, call out the temporary key of the connection or create a custom mapping. For example, email address pair with the task ID in your project management tool and call it out when you want to update the task ID when you receive the assets from the same email address. It’s pretty handy and has absolute killer features. I often use this to replace the delay features that Zapier has (like an post email update after certain days the first email get sent out)

Set & Get Variables
Set and Get variables are two of the most popular Make (Integromat) tools you should be familiar with. These tools are fantastic for creating custom variables for validating your ideas during your test build. You can literally build the rest of the scenarios and finish your build with these tools without waiting for the test trigger request.

These tools are also convenient for calling out and getting variables from other paths/routes to other paths. Let’s say you have 3 paths in Zapier; each path does different things and connects to various apps. What if you want to get the results from the first paths to use in your second paths? Both paths are separated, so there’s no way you can access the information from those paths. That’s when set & get variables to come in. Once you get the result from the first path, you can select the variable and get that variable to do something else on different paths. Those variables can be saved during one cycle or one operation run.

‍Complex Routers & Paths
Zapier limits you with 5 paths, while on Make (Integromat), you can build as many paths as you want. You also have multiple options to set filtering in each path and set filtering between modules connection.

‍Add Notes
You can also add notes in each module to explain what the module is about how it is set up, so other people can see the explanation of what you did and what to avoid, for example.

‍Fallback Route
This fallback route is also a neat feature of Make (Integromat) to handle your logic when nothing matches your filtering condition. The most common use I know for this is to build a notification system to notify me when the automation doesn’t fall into any paths that I set.

‍Error Handler
Have you ever gotten an error in the zap and want it to solve by itself?. For example, while adding the lead to your CRM, you received an error of ‘duplicate contact exist,’ and the zap turned off. To solve it, you can add a module to find the lead via email, get the id, and update the contact’s information. What about ‘user account already exist’?. You can split the email using formulas and add extra alias to the email so the account creation can still be created. Unfortunately, you get very limited with Zapier since you can’t build that logic. With Make (Integromat), you can quickly make that logic, plus additional rollback, Break, Resume, and Ignore options.

‍Search History
Both Zapier and Make (Integromat) can do a full-text search on the history. It’s convenient to find which zap/scenario is responsible for sending the data. Zapier had this one for quite a long time. Still, ever since Integromat updated to Make, these features are now available for all users in Pro Plan.

‍Automate the Automation
It wouldn’t be strange to automate the work itself as I started building more automation. Setting up a new zap is still very tedious if you have to clone the zap and remap the parameters all over again. Did you know that with Make (Integromat), you can access their own API and interact with almost everything the platform offer? You can clone the scenario, rename it, create a new webhook, replace the hook modules, turn on/off the scenario and move the scenarios between folders, making me fall in love with the platform even more.

‍Build custom apps
Now, this part is where Make (Integromat) really shines. In Zapier, if you need some specific functions or endpoints of the apps you use, you have to wait for Zapier to develop and update them. And if the app is not in popular demand, you are out of luck. With Make (Integromat), you can literally build your own custom apps to handle the connection (from Basic to Oauth2) and set up the endpoints to the apps based on their API documentation. I built a custom Facebook App that interacts with Facebook Marketing API to manage internal agencies process, add/remove ad accounts, get the ad performance metrics, etc. This also saves my clients another $2000/month for not subscribing to Supermetrics or some ad automation platform that restricts them by the ad spend. I also build for my own content creation workflow a Youtube App that interacts with Youtube API to connect with Airtable for managing/updating my videos in my channel in bulk. Which is pretty amazing!

What Zapier features are still better than Integromat?

Zapier has some premium modules (like Docusign, Pandadoc, Youtube Upload video via URL, and other CRM that don’t offer public API documentation), and some apps like ClickUp — which I think they make a deal with Zapier to keep some function on the Zapier platform only (create Lists from templates — good luck finding this in ClickUp Official API Docs).
With Make (Integromat), you also have access to Pandadoc and Docusign but watch triggers webhook for when documents signed requires you to upgrade your Pandadoc/Docusign to higher tier pricing to use it. Zapier also has a replay option to play the zap again from the previous history run.

Zapier has a built-in Code module to write some custom Javascript/Python. Integromat currently doesn’t have that build-in. You have to rely on 3rd party modules — which is another subscription to use it.

Both platforms have a free plan for you to try out. Zapier counts one complete run as 1 task, while Make (Integromat) counts each module run as 1 operation. Based on my personal experience, ever since I transitioned and moved the whole Zapier operations to Make (Integromat) for the clients I’ve worked with, Make (Integromat) is much cheaper in the long run while offering much more flexibility to build complex automation. Previously my clients were in the Zapier Team plan of 100k tasks for $500/month. With the same traffic (even more) on Make (Integromat), they are sitting nicely on the 150k operations for $99/month. Make (Integromat) pricing is also flexible. You can also buy extra operations to cover the overhead before the next month’s reset — without opting into a higher plan.

I hope that all of the reasons that I break down helped you understand why I chose Make (Integromat) as my automation platform of choice. Honestly, you can’t go wrong with either of the platforms, as I’m using both to automate my workflow and my business.
For starters, you can start with Zapier to understand the concept and the idea of how automation works. But if you fall in love with automation, the more you do it just like me, then you should invest your time as soon as possible to learn and get familiar with Make (Integromat). This platform will not go anywhere, and it will be a big player in the industry in the future.
Do you need help with automating your business and workflows, or do you have questions or comments? Reach out below or book a consultation call with me here. 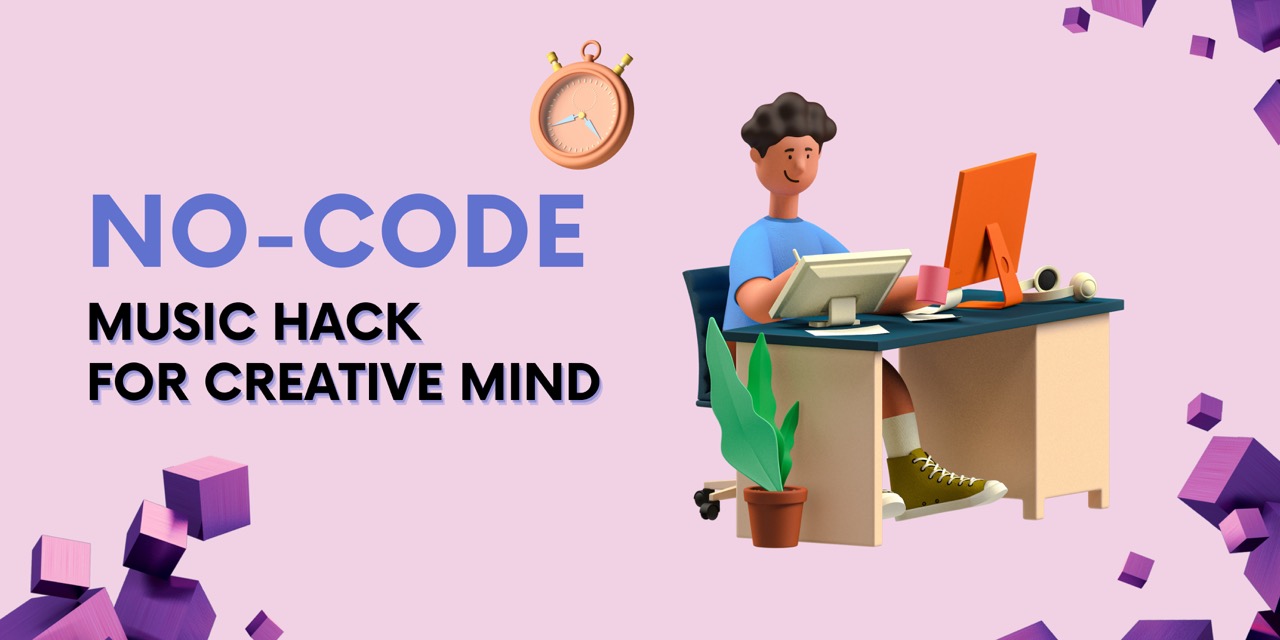